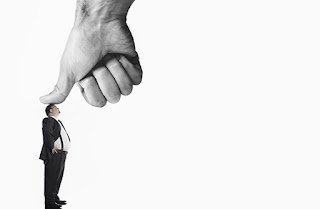 13 The fear of the Lord is to hate evil:

and the evil way,

and the froward mouth,

The previous post tells us of the ORIGINAL sin.

But what about the UNFORGIVABLE sin?

What would that be?

I'm glad GOD made me born again, that I may turn to Scripture.

JESUS speaks about the UNFORGIVABLE sin:

31 Wherefore I say unto you,

All manner of sin and blasphemy

shall be forgiven unto men:

but the blasphemy against the Holy Ghost

shall not be forgiven unto men.

32 And whosoever speaketh a word

against the Son of man,

it shall be forgiven him:

but whosoever speaketh against the Holy Ghost,

it shall not be forgiven him,

neither in this world,

neither in the world to come.

Scripture explains why the sin against the HOLY SPIRIT becomes unforgivable:

He hath an unclean spirit.

Why did the Pharisees say JESUS had an "unclean" spirit?

Here's the context, according to Scripture:

22 Then was brought unto him one

possessed with a devil,

and he healed him,

insomuch that the blind and dumb

both spake and saw.

23 And all the people were amazed,

and said, Is not this the son of David?

24 But when the Pharisees heard it,

This fellow doth not cast out devils,

but by Beelzebub the prince of the devils.

25 And Jesus knew their thoughts,

and said unto them,

Every kingdom divided against itself

is brought to desolation;

and every city or house divided against itself

26 And if Satan cast out Satan,

he is divided against himself;

how shall then his kingdom stand?

27 And if I by Beelzebub cast out devils,

by whom do your children cast them out?

therefore they shall be your judges.

28 But if I cast out devils by the Spirit of God,

then the kingdom of God is come unto you.

29 Or else how can one enter into a strong man's house,

and spoil his goods,

except he first bind the strong man?

and then he will spoil his house.

30 He that is not with me is against me;

and he that gathereth not with me scattereth abroad.

Being born again helps us understand how to revere the the HOLY SPIRIT.

Something not too many people, even Christians, know.

But it's time we did.

The PURPOSE of the HOLY SPIRIT 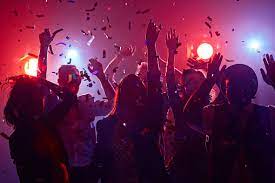 1 Corinthians 11:31 King James Version For if we would judge ourselves, we should not be judged.

Leila Casusi
The work I do, is share GOD's WORD with you. 1 Thessalonians 5:23 King James Version 23 And the very God of peace sanctify you wholly; and I pray God your whole spirit and soul and body be preserved blameless unto the coming of our Lord Jesus Christ.